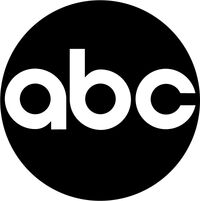 ABC (short for American Broadcasting Company) is a network founded by Edward Noble on October 12, 1943. It began on radio, but added a TV division on April 19, 1948. The network was bought by The Walt Disney Company in 1996 after buying Capital Cities a decade prior in 1986, and is best notable for being "saved" by the US version of the British game show Who Wants to Be a Millionaire?, which aired from 1999-2002 before moving to its current run in daily syndication. In 2006, it discontinued using the "ABC Sports" name for its sports broadcasts, opting for "ESPN on ABC" (as ESPN is also owned by Disney).

The network has been nicknamed the "Alphabet Network" as its name ironically implies the first 3 letters of the alphabet.

ABC affiliates were among those who signed up for the nighttime version in 1983. Among them were O&O's WLS-TV Chicago and KGO-TV San Francisco. KABC-TV Los Angeles and flagship WABC-TV New York acquired the show in 1990.

In late 1986, 20/20 went behind the scenes of the show. In that same period, the network bought Capital Cities, making WPVI-TV Philadelphia, WTVD-TV Raleigh/Durham (North Carolina), KFSN-TV Fresno (California) and KTRK-TV Houston (Texas) full-fledged ABC O&O's. When WTVD and KFSN switched affiliations from CBS in September 1985, both stations picked up the show.

On June 3, 2013, Autumn Erhard (the second $1,000,000 winner) appeared on the network's morning show Good Morning America. Various other Wheel-related events were mentioned during this time, including that Pat Sajak and Vanna White once swapped jobs due to Pat having laryngitis and the SEVEN SWANS A-SWIMMIN' incident.

Currently, seven of the eight O&O's air Wheel, all of them scheduling it at 7:30 PM Eastern/Pacific and 6:30 PM Central. The only one that does not carry the show is KTRK in Houston; Wheel airs on CBS affiliate KHOU in that city, although KTRK does carry sister program Jeopardy!

Retrieved from "https://wheeloffortunehistory.fandom.com/wiki/ABC?oldid=42789"
Community content is available under CC-BY-SA unless otherwise noted.