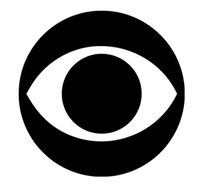 The network has been nicknamed the "Tiffany Network" (alluding to its demonstrations of color TV in a former Tiffany & Co. building in New York City), but has been best known as the "Eye Network" for its well-known logo that has been in use since 1951.

In 1995, Westinghouse bought the network for $5.4 billion ($81 per share in cash); four years later, the network bought King World for $2.5 million ($33 per share of King World's stock) after Turner rejected the offer in 1995; the latter acquisition turned the syndicator of such shows as Dr. Phil, Inside Edition, Jeopardy!, and Wheel of Fortune into the current CBS Television Distribution in Fall 2007.

Despite several controversies (including the rigged Dotto which sparked the quiz show scandals, the Press Your Luck controversy in which producers tried to deny Michael Larsen the $110,237 in cash and prizes he won fair and square by memorizing the Big Board's patterns, a 2004 episode of 60 Minutes II/Wednesday questioning then-President George W. Bush's service in the National Guard in a story by Dan Rather that led to his resignation as anchor of the CBS Evening News in 2005 and subsequent retirement from the network altogether in 2006, and the infamous "wardrobe malfunction" at Super Bowl XXXVIII earlier that same year that not only had people debating whether it was censored or not but also in which the FCC imposed a record $550,000 fine that was later overturned in 2011, CBS is currently the highest-rated in the country with the most stable schedule of the major broadcast networks.

The network's Los Angeles headquarters, known as CBS Television City, are located at 7800 Beverly Boulevard and are home to their three longest-running daytime programs: The Price Is Right (since 1972), The Young and the Restless (since 1973), and The Bold and the Beautiful (since 1987). Studio 33, where Price has taped since its 1972 return (and Wheel taped from 1989-95), has been called The Bob Barker Studio since 1998 and continues to use the name after Barker's retirement from Price in June 2007; Drew Carey took over in October of that same year. In fact, all game shows taped there use an applause machine that carries over from one show to the other (including Wheel).

CBS was very quick to pick up the daytime show, announcing its renewal on that network only one day after NBC announced its cancellation due to declining ratings. While the show's renewal was announced on May 23, the hiring of new host Bob Goen was not announced until July 7.

The change of networks also resulted in a change of studios, from Studio 4 at NBC in Burbank to Studio 33 at Television City (now the Bob Barker Studio, and home of The Price Is Right since 1972). The shopping format was dropped in favor of a scaled-down version of the nighttime "play-for-cash" one, and all music and sound effects were replaced by new versions and compositions by series creator Merv Griffin. The show also began using the network's "applause machine" from their other game shows.

Wheel debuted on July 17, replacing the 13-week revival of Now You See It hosted by Chuck Henry; the opening originally retained the style from the end of the NBC era with a "new" logo at the end, but this was dropped at some point between July 21 and August 29 (with the "new" logo animation extended and moved to the beginning). Wheel continued on CBS through January 11, 1991, after which it moved back to NBC.

Six years later, CBS assisted GSN in airing a children's version called Wheel 2000, hosted by David Sidoni and "Cyber Lucy" (Tanika Ray). This version ran from September 13, 1997 to February 7, 1998, with repeats continuing through September 26; at least one commercial for the show used clips from 3-4 episodes, plus a shot of Lucy in front of the adult version's puzzle board (reading WHEEL OF FORTUNE 2000).