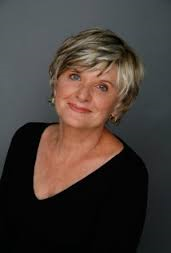 Lin Bolen (born March 21, 1941 in Benton, Illinois) is a television producer who became NBC's Vice President of Daytime Programming in 1972. She was responsible for the expansion of Days of Our Lives and Another World in early 1975, along with various series by her own production company from 1976 onward.

In 1973, Bolen began ridding the network's daytime lineup of game shows hosted by middle-aged men on technologically-obsolete sets, replacing them with flashy and "hip" games designed to attract women aged 18-35. Among her victims were Concentration in 1973, Three on a Match in 1974, and Jeopardy! in 1975.

Lin's connection to Wheel is probably the largest, as she commissioned Merv Griffin to develop what became the Shopper's Bazaar pilot in 1973. The resulting episode was met with unenthusiasm by test audiences.

She and Merv tried again on August 28, 1974; the second and third pilots, now called Wheel of Fortune, used mostly the same format as the series that eventually debuted. Despite test audiences hating this attempt as well, Bolen convinced her bosses to put Wheel on the air by placing her job on the line – if it fails, fire her; if it succeeds, give her a raise.

While at NBC, Lin insisted that contestants play to the last consonant to maximize winnings. Once she left, contestants began playing at their own pace.

Bolen left NBC during the 1975-76 season (definitely by March 31, 1976),[1] beginning Lin Bolen Productions. She developed her first sale, Stumpers!, in May;[2] strangely, unlike her attempts at NBC to get hip, young-looking emcees, her Stumpers! emcee was Password host Allen Ludden.

While Stumpers! debuted October 4,[3] as did Ralph Andrews' 50 Grand Slam (a Tom Kennedy-hosted attempt at reviving the big-money quiz style of the 1950s), neither made it past New Year's Eve. Kennedy moved to NBC's second attempt at a daytime Name That Tune the following Monday, while Ludden replaced Bill Armstrong on Liars Club for its last two years.

Despite leaving the network, subsequent information suggests that Lin retained enough of a connection to make programming decisions. One of these was renewing The Gong Show into 1977, as she is thanked by name for doing this by host Chuck Barris on a Christmas '76 show; this view of Bolen disappeared by the end of '77, with an episode titled "It's not Lin Bolen Day!" consisting almost entirely of jokes at her expense.

Bolen's company produced TV shows (including the short-lived W.E.B. in 1978), TV movies (including The Christmas Coal Mine Miracle in 1978, Good Against Evil at some point, and Golden Gate in 1981), a two-hour pilot movie for ABC called Farrell For The People (1982), a comedy pilot movie for NBC called The Ann Jillian Show (or The Ann Jillian Story; 1988 or 1989), and an NBC summer variety pilot called Live From the South Seas.

In early 1982, Lin began working on two new game shows: Top Ten Trivia Show for CBS and Wise Guys for NBC,[4] although it is not known if either made it to the pilot stage. A third concept, Comedy Club, was taped around 1984 but failed to sell.

Bolen has an account on Wikipedia, and has edited two pages: her own article (generally adding references to newspaper articles), and that of Paul Wendkos (see below).

Lin married film and TV director Paul Wendkos in 1983, remaining together until his death on November 12, 2009; they did not have any children, although Paul had a son (Jordan) from a previous marriage. In Bolen's one edit to his Wikipedia page, she refers to herself as his wife in the present tense ("I am his wife") in the edit summary, despite the fact he died almost exactly a year earlier.

Retrieved from "https://wheeloffortunehistory.fandom.com/wiki/Lin_Bolen?oldid=29308"
Community content is available under CC-BY-SA unless otherwise noted.