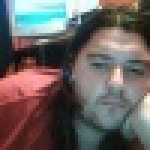 Hi, welcome to Wheel of Fortune History Wiki! Thanks for your edit to the Summer Bartholomew page.

Ask Germanname or whoever contributed to the layout page. I don't pay attention to the Wheel layout. TenPoundHammer 02:56, February 8, 2012 (UTC)

First, W. Austin Higgins created the layout page. Second, the tables show Free Spin in Round 2 when nighttime switched to all-cash in October 1987 and hence replaced by the off-model $200 a few months later. I've corrected the info on the timeline.

My apologies, I took TenPoundHammer's response of "Ask... whoever contributed to the layout page" and you mentioning W. Austin Higgins as the author of that page, and interpreted it as "Ask W. Austin Higgins for clarification"... BryceLozier 02:05, February 9, 2012 (UTC)

I think most of the "inside" info for golden-road.net came because one of the board members was an intern on the show for several years and was able to access some inside records. We don't have such an "in" with the show, and I don't know if we ever will. I'm also a little afraid as to how someone with connections might react to the timeline. TenPoundHammer (talk) 00:13, August 8, 2012 (UTC)

Thanks for the compliment. The original source that I have (on Microsoft Excel) looked like this the whole time. When I put it on the page the first time, I just copied and pasted. It had the chesterfield font originally, but when I saved the page it converted to the other font for some reason.

Anyway, as time went on, I updated my document with more accurate colors and corrections, but I couldn't post that on the page for some reason, it wouldn't let me. I wanted to post pictures of it but wasn't sure if I should because then only I could edit it. But eventually I decided to do that.

The tables you see are pictures. And I have that disclaimer at the top to message me if you see an error because only I can fix it.

I was on Sony's FAQ page and I have a question because I'm a bit confused. While Sony does not accept unsolicited material, their FAQ page says that they welcome feedback and suggestions and I was wondering if there is a difference between the two? 74.199.41.92 10:56, September 24, 2013 (UTC)

I don't get this. Ever since Season 29 of Wheel of Fortune premiered two Mondays after Labor Day, I've been trying to get new season premieres to occur on Labor Day Monday. Why would the Wheel producers try to make us wait so long? Up to 2004, they used to premiere nearly every season on Labor Day Monday. In my opinion, people get very excited for a new season and that's why I think premiering Labor Day Monday would be better. Yes, I already saw buyavowel.boards.net and saw indeed that it is premiering on September 15, but I do not like that date, because in my opinion, I think that if they start sooner, people get to enjoy brand new shows sooner. Just saying, I hope one day they will premiere seasons on Labor Day Monday again. 74.199.41.92 14:42, July 24, 2014 (UTC)

I've been trying to get some answers about my question, but nobody has been answering me. Yesterday, I posted a statement on buyavowel.boards.net about an orange bar that read 65% above my symbol, "JMO." Moments later, I get this message whenever I try to go to buyavowel.boards.net that says that I have been banned. I don't get it. They're banning me because I mentioned an orange bar? I'm just so confused and could use an answer so I can understand what happened. By the way, I wanted to apologize for spoiling the million dollar win on BAV, and I won't spoil anything again. I just want to know why I'd be banned from the site over talking about an orange bar above my symbol? 74.199.41.92 22:21, September 27, 2014 (UTC)

Very sorry to hear about Alan Thicke's passing. I heard he died from a heart attack while playing hockey with his son. How'd you learn about his passing away? --WheelLover96 (talk) 17:47, December 14, 2016 (UTC)

I've been taking a look at the block log and I noticed that one of the reasons some users on this wikia may get blocked is because of consistent low quality to no quality edits. What does a consistent low quality to no quality edit mean? I am asking this because I don't want to make the same mistakes others have been making. --WheelLover96 (talk) 21:04, January 18, 2017 (UTC)

Why did you undo my edits? Edit

I would like to add (or suggest) two additions to the timeline, as listed below:

At least one to add to the nighttime Wheel history, a fall 1984 episode, which I viewed online yesterday. Forget the episode, but ... Jack Clark, in reading the prize copy for the Baby Watson cheesecakes, gives the price as $3,000 and doesn't correct himself. After Jack is finished with the copy, Pat announces the correct price of the prize ($300). [[Briguy52748 (talk) 18:12, September 5, 2017 (UTC)]]

Hello Marcan, always good to hear from former contestants! Feel free to edit the Season 11 timeline page to add relevant information to them (either myself or one of the other admins can do any necessary cleanup work so it matches everything else, if need be). I'd advise reading the Manual of Style for the "dos and don'ts" of editing. Once you've done that, have at it!

Hello, i saw your earlier reply to me about the two Woolery episodes from 1979 based upon my edits to the daytime episodes known to exist page. I do in fact personally have them in my ever growing classic Wheel collection but i can also give you the links to the episodes themselves as they were recently posted by the contestant Courtenay on her YouTube page within the last month or so, albeit being unlisted (links snipped)

Ok fair enough, though i do as noted above have copies of the episodes. Anywhere where i can send them to you?

Hello again, i already know that you said you wanted those two 1979 Woolery episodes which i'd already stated to have in my classic Wheel episode library. Just checking on how or where i can send them to you.

Retrieved from "https://wheeloffortunehistory.fandom.com/wiki/User_talk:BryceLozier?oldid=42829"
Community content is available under CC-BY-SA unless otherwise noted.