As could be expected for a show that has been on as long as Wheel of Fortune, there have been a great many Wheel layout configurations. The years at the top of each column are when said changes took place, with multiple changes in a single year noted by "a", "b", etc. The spaces themselves are listed in the order they are hit when the Wheel is spun.

The changes detailed here are mainly permanent ones, so one-time errors or changes are not present; also absent is the double-width $2,500 that was used for the weeks of October 15-22 and November 5-12, 2007, which covered the adjacent purple $600.

(NOTE: the tables on this page were created by W. Austin Higgins through months of research and have been checked for accuracy. That said, if you spot an error or omission, do not hesitate to leave a message on his talk page.) 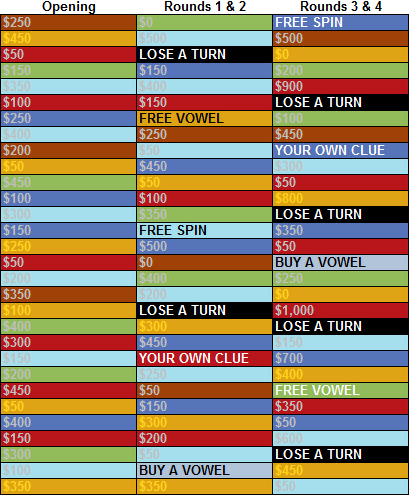 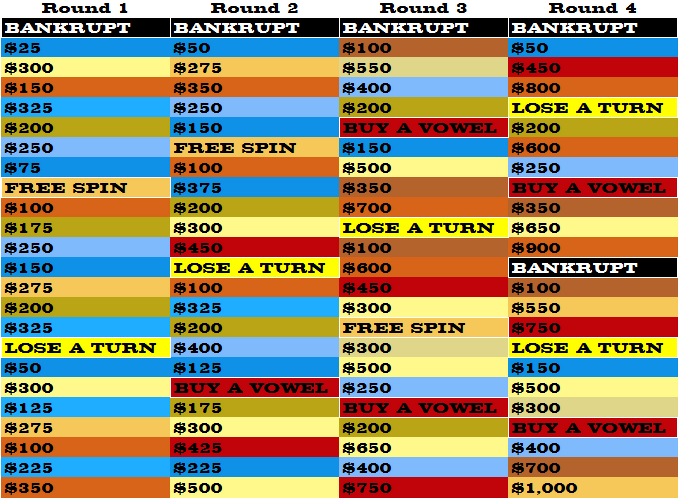 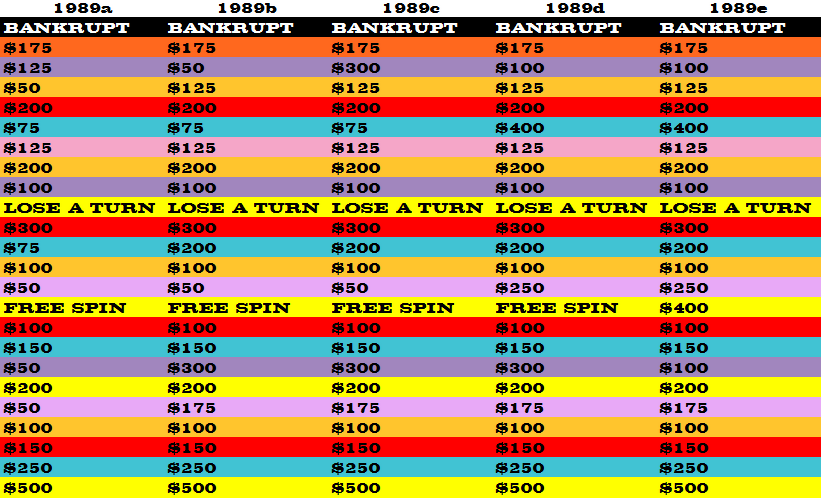 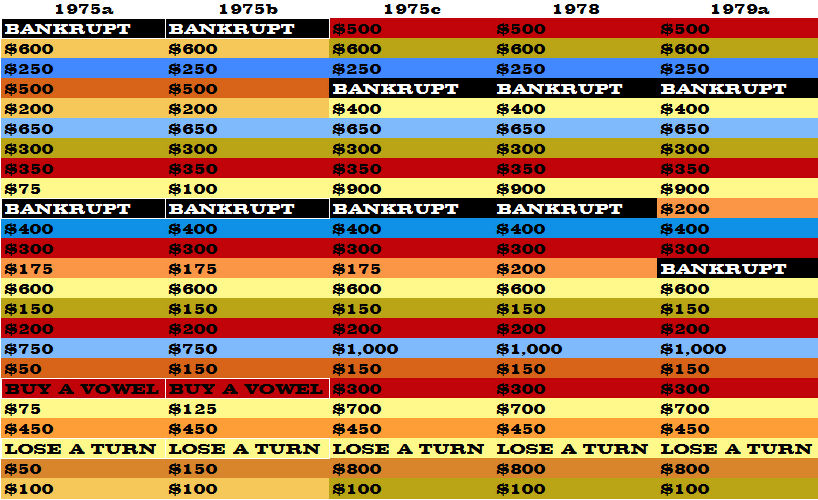 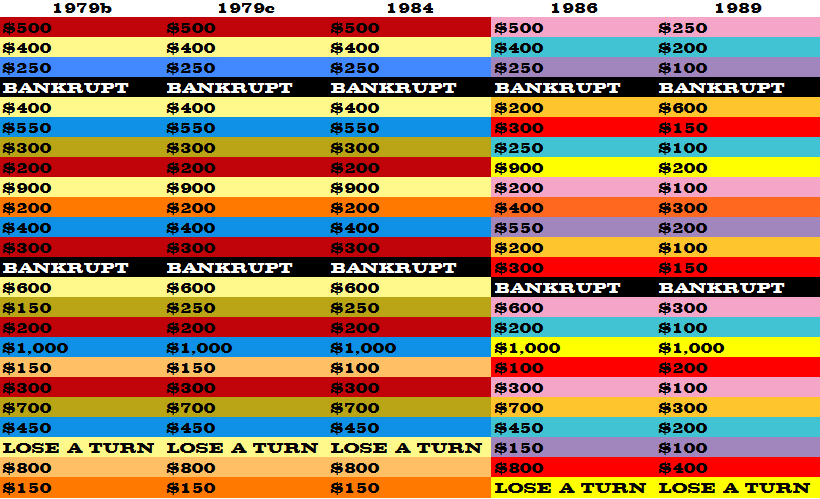 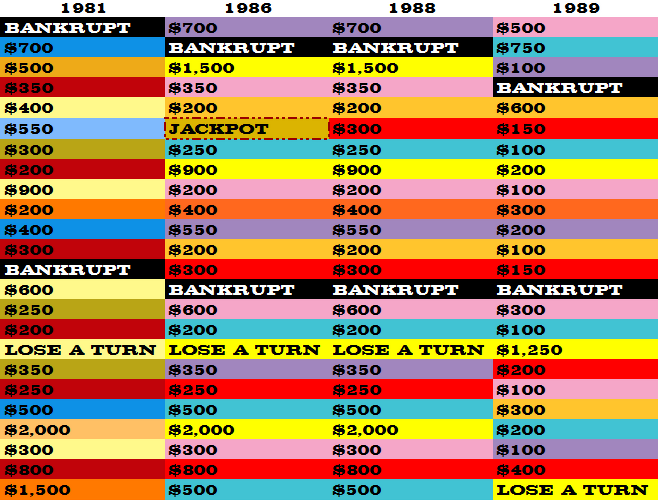 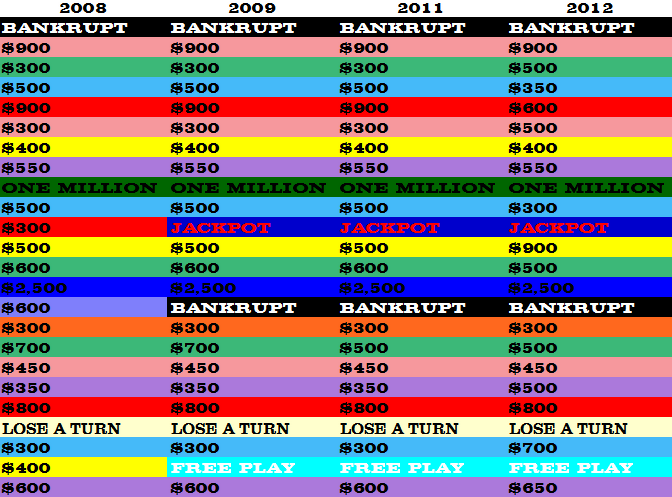 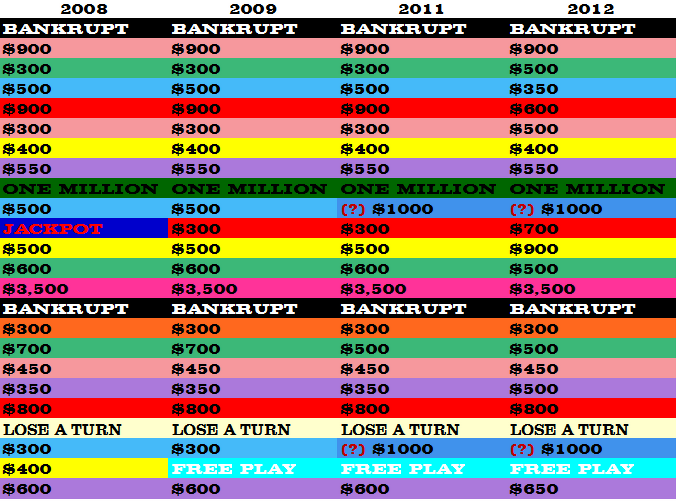 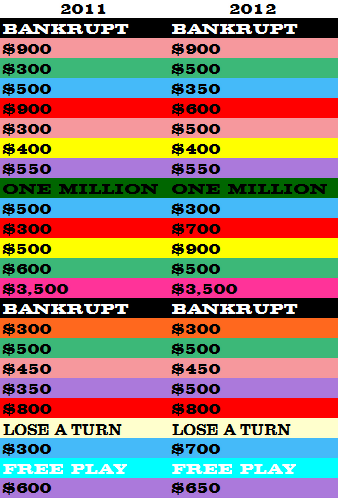 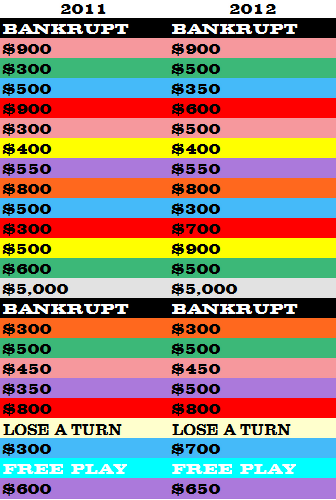 Retrieved from "https://wheeloffortunehistory.fandom.com/wiki/Wheel_configurations?oldid=40098"
Community content is available under CC-BY-SA unless otherwise noted.